The Pinto horse originated in Spain and was introduced to North America by Spanish and other European explorers. The Spanish explorers brought over Barb horses that had been crossed with other European breeds including Russian and Arabian strains, which are thought to give the horses their color patterns. When the Spanish herds were brought to North America, these horses mixed with the wild horses and were later domesticated by the Native Americans.

Later, when the West was being tamed, the pioneers had to cross their refined European horses with the wild herds to develop a stockier and heavier muscled horse that would be more suited to the rugged and arduous conditions.

Often refered to as piebald or skewbald horses in literature about the Wild West, the Pinto horse was a favorite among American cowboys and Native Americans. Many famous Pintos include Tonto’s Scout, Little Joe’s Cochise and Frank Hopkins’ Hidalgo.

It took several years and several more organizations to form today’s PtHA. Tired of the discrimination Pintos received in the show ring, Kay Heikens, Helen Hammond and other Pinto lovers decided to start a new organization and registry. The determined group finalized their hard work on May 18, 1956, in New Jersey when the PtHA was incorporated. 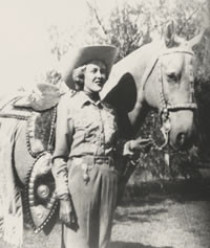 Want to Become a Member?

Are you interested in becoming a member but still have some questions? For more information, use our contact form or download our membership form directly. We look forward to hearing from you!

NEW MEMBER BONUS: We would like to invite you to come and show with us! Ontario Pinto will give you one free judge* at your first Ontario Pinto show! Just mention this offer at the entry booth and get ready for a fun day!

*Note: This offer applies to Pinto classes only. All-breed classes not included.